A month ago! It’s been a month now of living on my own in the UK. At 24, nurse I’m doing what most people do at 18. Instead of flying the nest I kind of just stayed in my egg to the point where I turned rotten and became so unbearable that I had to be thrown across the ocean.

Because that is what people do with rotten eggs.

I had a rough three flights to get to Norwich and arrived exhausted and irritable on campus a day after I’d left home. There was a mix up involving my room key and no one communicated to me what I was supposed to be doing or where to go. I also encountered a problem when I was nearing the point of passing out and realized I didn’t have a pillow or duvet. The previous day I thought there would be no problem with packing 75 pounds of clothing and nothing useful, buy cialis but it turns out that you can’t build some sort of makeshift fort out of dresses if you have just been in transit for 24 hours and smell kind of bad and just want a goddamn nap.

In the midst of sorting all of that, out, though I was forced to find my way around campus and take the bus to the city and really start learning my way around. I got myself a bus pass, which restored my sense of autonomy and reduced the amount of anxiety-attacks-per-second I was experiencing. 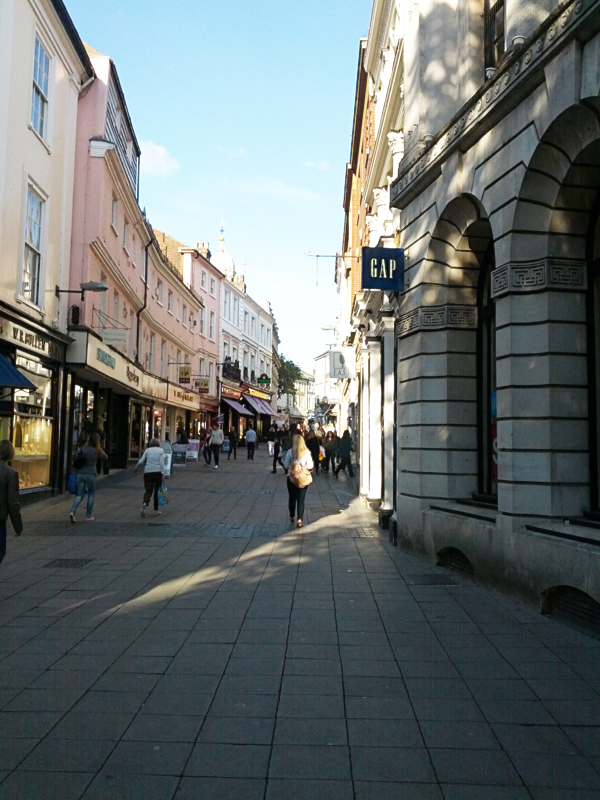 Norwich is a city unlike anywhere I’ve ever seen before, perhaps because I haven’t seen much of Europe. The lanes in the center of the city are so narrow that they only allow pedestrian access. Boutiques and cafes occupy timberwood buildings that have stood for hundreds of years, usually formerly as pubs. So many goddamn pubs. And churches.

There is a tendency towards the precious and vintage that verges on fetishism of a time where England was England and everyone was colonized by the English. And it was great!!! Pin up girls and tea cakes and no critical thinking!!! No, really, it’s cute. 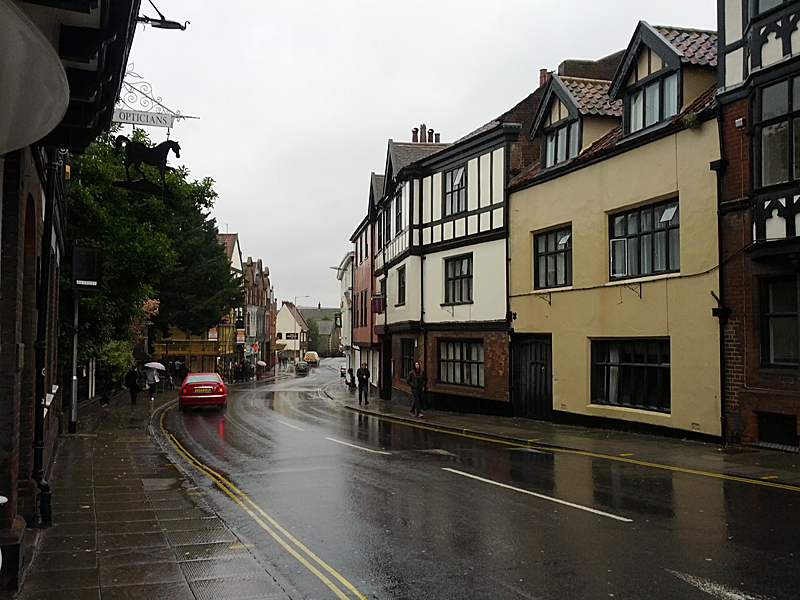 As far as what the young people are up to in Norwich, they all seem to congregate outside of my flat at night screaming their heads off. I haven’t advertised any drink specials but everyone seems to think it’s a really good idea to go to “Prevent Mary From Doing Her Coursework Tuesdays!!!” and “Don’t Let Mary Sleep Thursdays!!!!”

Truthfully I spend a lot of time in my room because I am expected to read 2-4 novels a week, but it does mean every time I go out into the city I have somewhere new to explore since I never have time to cover it all in a day.

As far as culture shock goes, I find it really perturbing that no one listens to Yes or wants to make out with me. I find that people here have almost as little body awareness as I do and will not alter the path they are walking on even if there are large obstacles that threaten to occupy the same physical space that they’re heading towards, obstacles like people or cars. Norwich is a city that is congested by people who don’t understand that pavements are for walking on and not for congregating on for no fucking reason.

People actually talk in seminars without raising their hands. They get a fuck-off week in the middle of their already-only-3-month semester to just drink (“reading week”). There is a bar on campus and all of my modules end their semesters with a class trip to a bar.

As far as food goes, everybody is eating a baguette. I mean that in the present tense because as I type this every single person on my campus is currently taking a bite from a prawn mayonnaise baguette or a BLT baguette or a cheese and red onion baguette. The restaurants in town are mostly Thai, Turkish, or Indian, and even though I like all of those things, I am rarely tempted to buy my dinner.

Truly, I like it here. It’s taken me this whole month to start adjusting but I did leave my family, my job, my friends, and my certainty behind. I have to start over somewhere that isn’t particularly known for the warmth in its weather or its people, and I am shy and picky and not too welcoming myself. I like that the weather is cold enough for me to layer everyday, I like the landscape, the ivy on the red brick houses, being able to enjoy the mental privacy that comes from not being approached by strangers all the time like I am back home. It’s so beautiful here but essentially foreign to me. It’s not my history and the buildings seem to reject the newness and brashness I bring. Maybe as the months go by I’ll be eroded by the wind and rain, too.

Yo I want tacos, though