First, we’ll say hello. Hello. What’s new with you? I’m doing alright in some ways and not as well with others. HELLO IS FINISHED. Next, we’ll talk about Trains.

People who have known me all of my life will attest that I will not run, have not run, do not run  (Have you known me for 5+ years? Have you ever seen me run? Write in and tell us about it, you fucking liar). But I will lightly jog if it means getting one of those nice single seats next to the stinky toilet on a Thameslink train. I lightly jogged to get my single seat after quite a long day of doing work that I am paying to be able to do, instead of the other way around, and luxuriated for 40 minutes in my seatedness in opposition to the plebeian standing character of the other train passengers. But at Peckham Rye some lovely old dears got on. I saw that goddamn no one was gonna offer them a seat, and felt a bit conflicted because, as far away as I was from them, I had two options:

Knowing that option 1) would not result in the intended decency I was attempting, I opted for 2). “Would either of you ladies like a seat?” I yelled, all American.

The ladies did. The ladies wanted a seat. Out of obligation, another man got up to offer his seat as if he was going to all along (he wasn’t! Because he hadn’t!).

“That’s what you should do!” A young man loudly affirmed. “You should give up your seat. YOU’RE A GOOD WOMAN,” the young man told me.

I didn’t like this because the other-congratulatory nature of the interaction interrupted the self-congratulation I was looking forward to. Thank god I can indulge it now in front of all 0 of you reading this.

(Yikes), I thought, but “Um, it’s basic,” I stuttered, uncharacteristically too embarrassed to be articulate.

“Yeah, it’s basic! But these muppets didn’t do it!” He gestured at the other seated passengers, who probably deeply resented me in that moment for exercising the most rudimentary act of courtesy so fucking loudly.

“You don’t get people doing that much these days,” an older man agreed to the old lady, who probably would have rather stood than endured all this pomp and circumstance about her being too old to ride a train.

I found all of this excruciating, and I prefer cash money to verbal medals and prizes.

TRAIN is finished. NEXT, we’ll talk about failure.

I failed. If you asked me last week what I’d failed, I’d say, “Everything. I’ve failed everything. And it’s because I’m stupid and incompetent and worthless and incapable. I’ve fucked up my entire life and have no one but myself to blame.”

I actually failed a piece of important coursework, and as a result, failed a module.

I walked around saying to everyone “I failed! I failed!” Well-meaning acquaintances mildly told me how much that sucked. I suppose I was hoping for some affirmation, like “You know Einstein failed his Cosmetology course 4 times? Couldn’t do a Brazilian blowout to save his life.” or “You know Ayn Rand failed her being a human who exists with other humans exam? She scored ‘0’ on empathy and ‘0’ on ‘being a cool and pleasant person to hang out with’. She got a million resits and failed all of them.”

My friends and loved ones allowed me an hour or two of self-indulgent whining, crying, lamenting, and doomsdaying, and then said, “Enough. What HELP are you going to ask for?”

Help? Nobody else needed help! Why would I be on a Masters course if I needed help? Surely, if I needed help or support, I didn’t deserve to be there anyway. Sure, I have a stress-triggered chronic illness that is so disruptive that it makes day-to-day living uncomfortable and sometimes impossible, an illness that doesn’t qualify for disability support but still insists on ruining my life. An illness for which my visit to the doctor resulted in the doctor condescendingly telling me there was “no cure” (I asked her to help me manage my symptoms. Not for a cure) and her writing me a list of over-the-counter medicines that may have been novel to me at the age of 10.

And sure, my anxiety has been through the roof. Sure, my family and boyfriend are an ocean away. Sure, it’s enough that this coursework was due right after another piece of coursework that I did VERY, VERY well on and due right before a demanding clinical placement.

But HELP IS FOR DUMMIES. If they are me.

The whole foundation of the job I am learning to do, speech therapy, is supporting people without judgment. I never for a second think of that client base as being “stupid”. It is against the very core of my being to think that way.

In fact, lots of the support I am learning to provide is support I could use myself. I really benefit from knowing exactly what I can expect from my day. I am constantly demanding to know what’s now and what’s next so I can manage my anxiety, manage my illness, and know I can get from one thing to the next.

To begin with, though, I didn’t think I needed help. It’s not like the Presidential Fitness Test, where I’d be pretty pleased if I could SEE my toes, or ENVISION a push-up. This is a topic I already had a degree in, taught by the people who wrote the book we were basing our coursework on. And I failed on every level. I got the structure, the content, the hypotheses, the interventions all wrong. One of the case studies was a young Deaf girl. My sister is Deaf. It was the topic I should have known the most about, and I sunk it the hardest I’ve ever sunk anything.

My logic was, “If you can’t do the thing you know the most about, then that’s real failure.”

But every time I go into placement and do the real work, giving people a little help, a little tweak to the environment, a little prompt, and see them have a little more access to the world around them, I know I am capable and I know it is worth it. And there is only hope in that. not shame.

I hope by disclosing the BIG EMBARRASSING HURT I am feeling that I can assure people that even people like me, people who are of average intelligence and low work ethic, fail sometimes! That should make you feel… indifferent?

Ok, failure is…. FINISHED. Next is FASHION.

I put clothes on my body, my body which is a constant political and social battlefield, and also a strain on the NHS that I paid a surcharge to use and will hopefully become a working member of.

Yes, I do have clothes. An amount of them. But a tiny gorgeous baby said to me, “I LOVE your clothes” so I’m validated now. And when you can’t enjoy ANY food, of any kind, ever without being ill, I think you’re entitled to some pleasure in life.

I shaved my head in October to be 11 from Stranger Things. Now it is growing back. I am tempted to shave it again, all of the time, because I looked badass and felt fearless and cool. The moment my hair started coming back in I started getting a bit of the ol’ “Hey baby are you married?”.

I’ve been wearing a lot of Monki for placement because they make excellent prints in sort of professional styles. The issue with my favourites like Monki and Lazy Oaf is that they make “oversize” items but do not make plus sizes. Clearly the barrier here isn’t the cost for that amount of fabric. They make sizes S-L or S-XL that often fit fat people and manage to price it the same across the size range. So I fear the issue is that they don’t want to be known for fat people wearing their clothing. So I want to make it known: I stick my fat (but narrow and flat) ass into Monki and Lazy Oaf, and I look very good in it. Make plus sizes now. Make actual plus sizes and use fat models.

Last, we have goodbye.

I wrote it and Graham produced it and played bass and synths. It’s a jam. 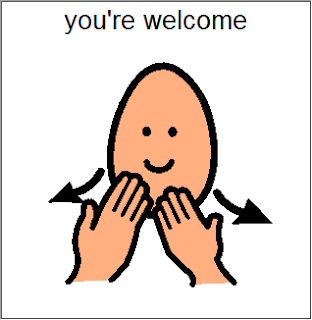