Shortly before I made my last post I had been thinking about my struggle to find readers for this blog, about whether I wanted to start doing contests/giveaways (I do, but more to promote the many, many talented people I know than to simply promote the blog) or what I was doing wrong, and I came to the elusive epiphany that there was no point to having more readers if I wasn’t saying or wearing anything interesting.

Sure enough, when I finally wrote something I put some thought into, I got linked by Already Pretty (thank you!).

I want to thank everyone for really engaging with that post. It was really rewarding for me in a way that reblogs on tumblr and other instant gratification kinds of social media interactions aren’t. I can’t promise I can keep it up, though.

Do you know the tumblr Girls of Ebay? I like to believe it’s not about meanspirited mockery, and my favorite part about it is that there are no pithy, try-hard, Tosh.0 style comments attached to the pictures.  To me it’s what American Apparel would like to be but is unable to be because it is so earnest that it is almost alien. It is also clearly not about objectification or sexualization. I know the spirit of it is not exactly celebratory of the photographic accomplishments of these women, but the idea that they are subject to interpretation– just “this is funny/neat/interesting for the fact that it is exists”– is my favorite part about it.

I don’t have great equipment. 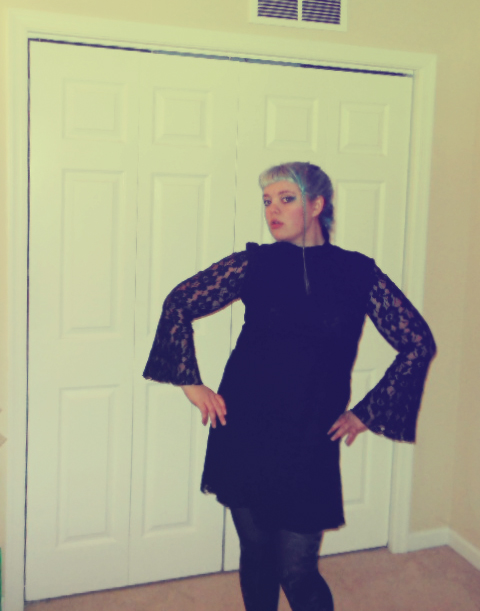 I have a pretty low-powered point-and-shoot, a Nikon 2600. When I took these pictures, I didn’t think “I want to look like a Girl of E-bay”. 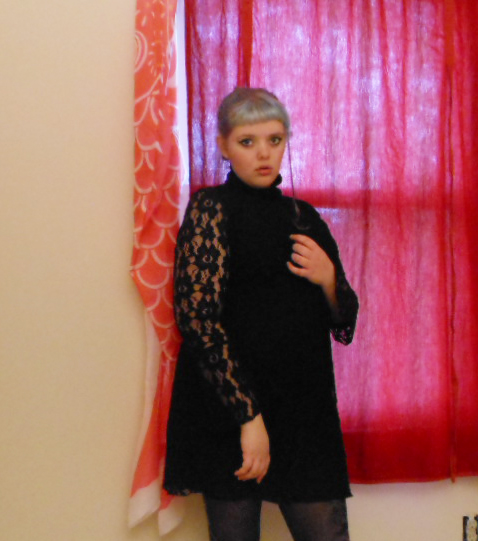 But when I uploaded these I saw something similar about them. I often wonder if I did have the time and capability of taking a DSLR into a field of daisies if I would find it something worth doing. I think part of following a fashion blog is a certain kind of escapism. Seeing a girl posing like a tool in her (sister’s) room, even if she’s wearing an interesting outfit, does not provide a feeling of “I want to dress like her and have a life like hers”. That’s the feeling I look for in fashion blogs that I follow, at least. 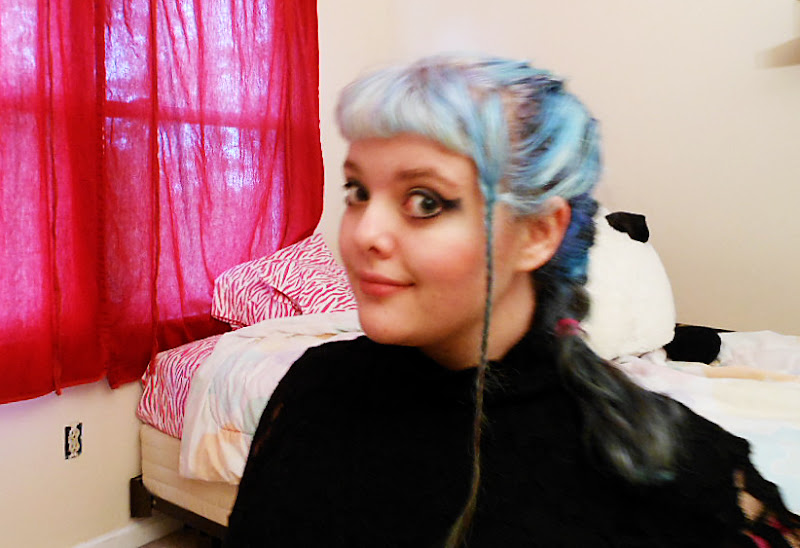 I wore this to school. I do go through a thought process of “I want to go full-on 90s goth today” before I get dressed. The dress is INC, either an L or XL, and it was the first thing I ever bought at a branch of the store I currently work at. Anything fancy I do with my hair either involves braids or curls. 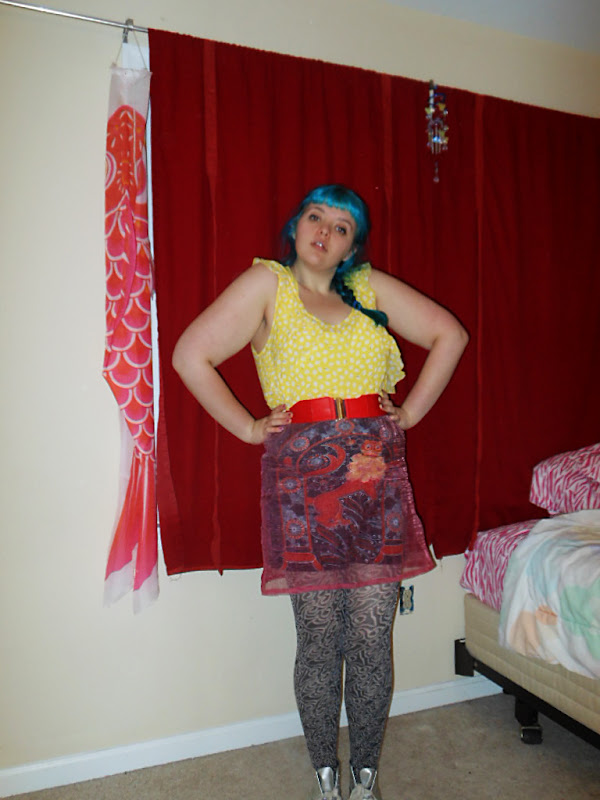 This is one of those outfits that I build up from one particular piece, in this case, lion skirt. Lion skirt is a size M, also from my job. The top is Old Navy, size XL. The tights were a gift.

I was wearing a sleeveless top at work recently and a lady says something to me about how she needs to cover her arms, and how I’d understand when I’m older. I told her I did understand but chose a long time ago to completely disregard things like that. It wasn’t too long ago, actually, that I refused to wear anything shorter than short sleeves. My arms are still not my favorite. They are easily one of the most visibly fat parts of me and I have trouble seeing beauty in them. I think actual naivete, not practiced naivete, is part of the appeal of Girls of Ebay, and seeing pictures of myself where all the non-standard parts of me (arms, chins, rabbit teeth, belly) are highlighted is very Girls of Ebay. 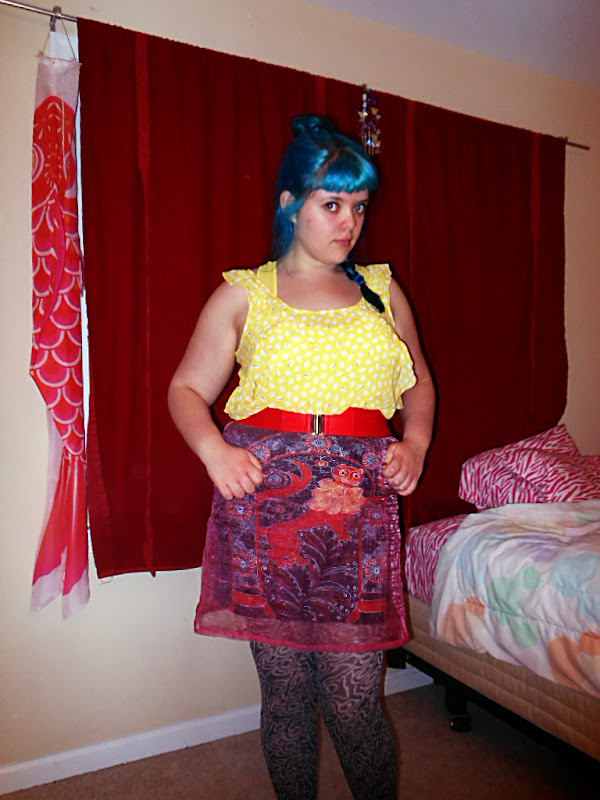 I actually did buy a GorillaPod and am waiting on it. I will never be able to afford a DSLR, I think, but I am intrigued to find out if a small investment like this will make all the difference.

I always feel embarrassed asking people to take pictures of me or having people catch me take pictures of myself, which seems to be an integral part of fashion blogging. We may be immersed in Instagram culture (guess who will also never be able to afford an iPhone, probably?) but there’s still something uncanny about “being your own best model”, as the Girls of Ebay tagline says.