I took the leap and went back to a natural hair color– not my natural hair color, unhealthy but one that ostensibly exists in nature for a person. It took a week of leaving crushed vitamin C powder in my hair and washing with a clarifying shampoo to lighten the teal out of my hair, generic and though I used red hair dye, it came out brown.

Chocolate brown. It made me too hungry so I’ve ended up going back to red, but looking at it now it doesn’t look as horrible as I thought it did at the time.

I had the most difficult semester of my life in school– four literature surveys with some truly nightmarish teachers, but I made it out alive with a 4.0 gpa for the semester. I thought I deserved a little celebrating. Academic rigor calls for a garden party!

We started with mint juleps. I had no idea what “muddling” meant, but if you don’t have an actual muddler, it’s ok to get a wooden spoon and crush the mint and simple syrup together. My fatal flaw was that I should have absolutely filled every glass to the brim with ice and instead I ended up serving my guests each a 1/4 of a bottle of bourbon. I didn’t see the problem with that but apparently that’s not how it’s done.

The drink that I ended up appreciating the most was an off-the-cuff mixture of Pellegrino Aranciata and apricot brandy. Super light and refreshing, unlike a 1/4 of a bottle of brandy with some mint floating in it.

Any party I have involves a trip to Trader Joe’s beforehand where I spend far too much money but if you can’t pay for catering, I feel like Trader Joe’s is a reasonable alternative. I also happen to be extremely lucky enough to have a mom who majored in food science and a mom’s boyfriend who makes an OUTRAGEOUS tuna confit with lemon and avocado. It makes me cry. 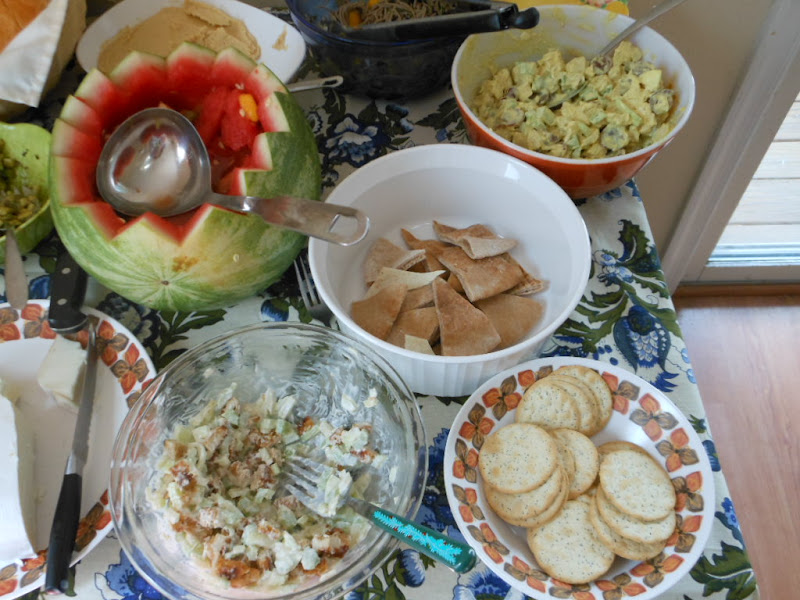 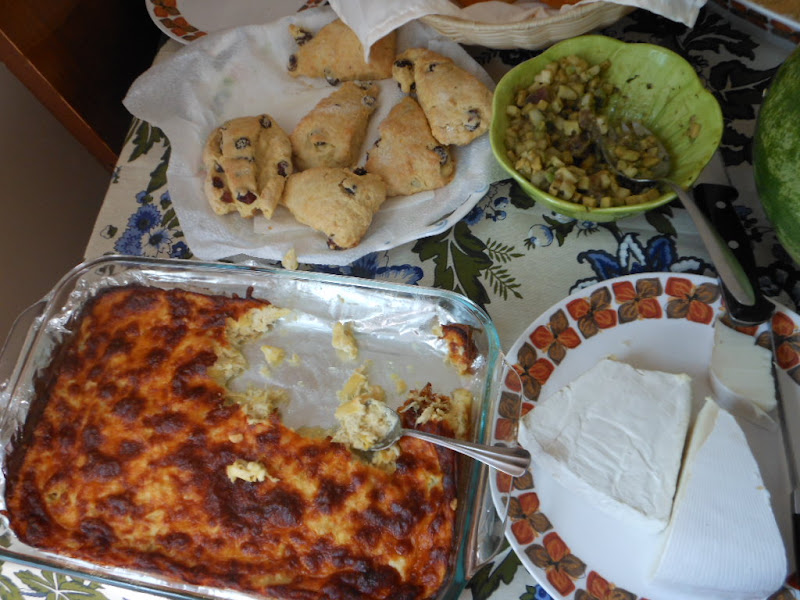 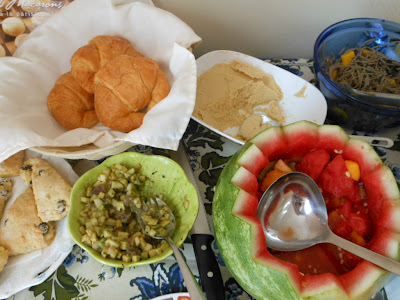 Croissants, hummus made by my friend Kara, soba noodles with mango made by Annelise

I did have a dress code for the party: must dress fancy, with fancy to be defined by the wearer, and hats are encouraged! 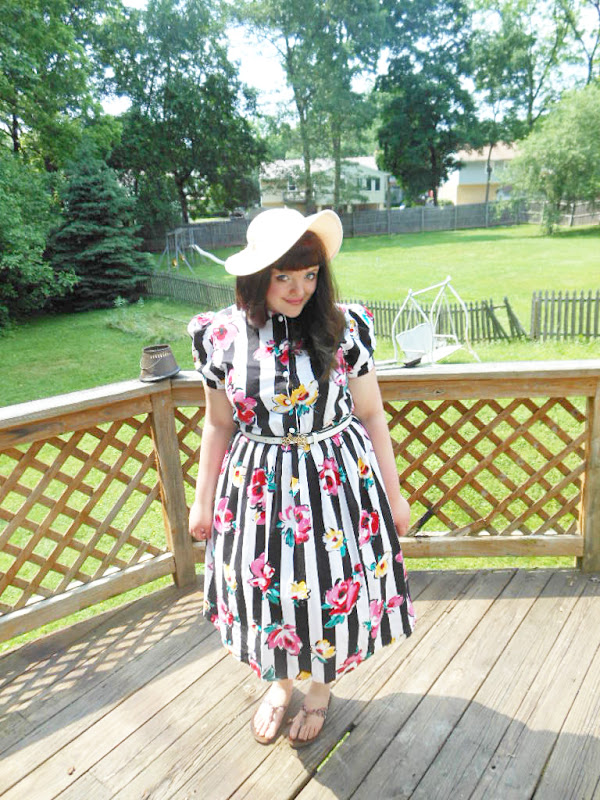 I was wearing fancier shoes beforehand but I’ve been operating on a sprained ankle since April. My dress is a 1980s dress bought on etsy (I think I searched for “plus size garden party”) from thewhitewoods.  Vertical stripes! Flowers! Accommodates a petticoat! Pretty much a dream dress for me. The belt is Cynthia Rowley and has a bicycle on it. I took it in a consignment so I could buy it. The hat is vintage and was $6 at a thrift store in Glenside, I believe. 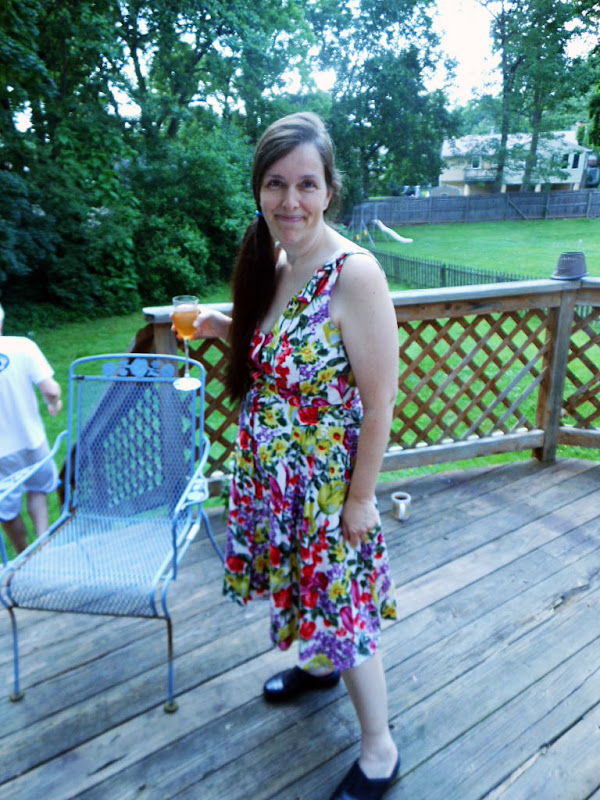 My mom wore a Yoana Baraschi dress from my work. And a side pony!!! 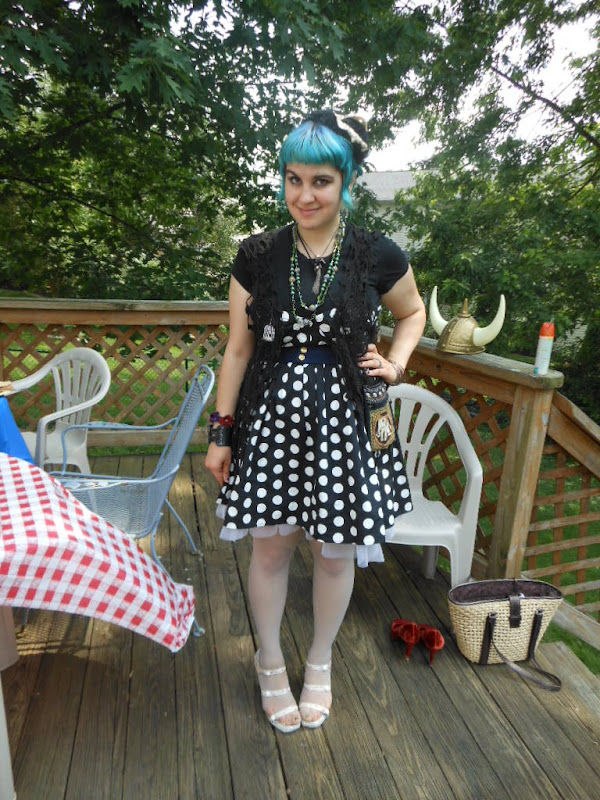 Kara proved you can go Gothy for Garden Party

So what do you do to entertain guests a garden party? Why, you make them listen to you perform songs in French!